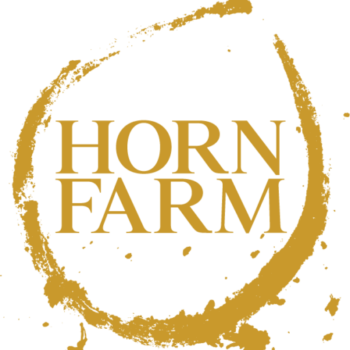 The Horn Farm Board of Directors volunteer to serve as the governing body of the farm. They establish the mission and purpose, ensure adequate resources are available to accomplish the mission, and provide oversight of the farm’s operations.

Meetings are typically held on the third Monday of each month (except July) at 6 p.m. Meeting minutes are available upon request. If you are interested in learning more about board service, please contact us! 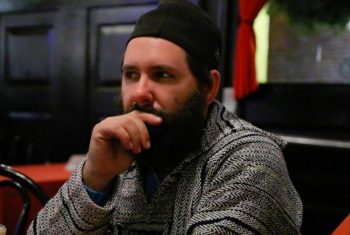 David Dietz – President
David Dietz has farmed in Hellam Township for most of his life. Growing up, he helped every summer on his parents’ truck patch farm, and he helped tend the roadside stand on the Lincoln Highway about a mile west of Wrightsville. Always interested in history, David earned a BSE in Social Studies from Millersville University in 1995, and spent several years teaching. Eventually, however, his love of the land drew him back to farming. In 2002, David started vending produce at York Central Market, where he continued until 2017.

A founding member of the Horn Farm board, David helped start the Community Gardens and the Incubator Farm Project. Currently employed as the produce and dairy manager at Lemon Street Market in Lancaster, David is now interested more than ever in the challenges faced by local small-scale agriculture in a globalized commodity-driven economy. He is thrilled to see the Horn Farm Center leading with a vision for regenerative practices, learning from and working with nature. David is happily married to Waldorf teacher extraordinaire, Rochelle Dietz, and they have a delightful teenaged son, Gabriel. 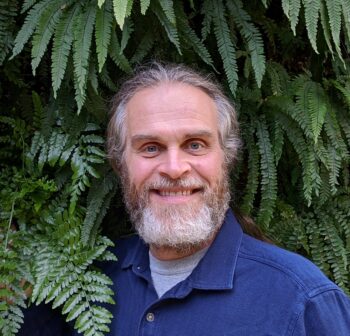 Marcus Sheffer – Vice President; Facilities Committee Chairperson, Development Committee Chairperson
Marcus promotes the application of a living systems, regenerative approach to building projects. After 12 years at the Pennsylvania Energy Office, he founded Energy Opportunities in 1993 to provide technical consulting services on all manner of building energy issues, renewable energy systems, the environmental impacts of human enterprises. Marcus is also a partner in 7group, a multi-disciplinary team of professionals developing the capacity of your project and organization to affect how humans regenerate life through building.

Marcus is a LEED Fellow, an accredited LEED Project Reviewer, and a Living Future Accredited Professional. Volunteer activities have included leadership positions with the USGBC (LEED Steering Committee, LEED Technical Committee, LEED Market Advisory Committee and past Chair of the Energy & Atmosphere Technical Advisory Group), the Green Building Association of Central PA (Founding Board Chair) and the International Living Future Institute as a Living Building Challenge Ambassador. He co-authored The Integrative Design Guide to Green Building published by John Wiley & Sons in 2009 and was the primary author of The Pennsylvania Solar Manual published by the PA Department of Environmental Protection in 2006. Sheffer earned a Bachelor of Arts degree in Environmental Studies in 1981 and a Master of Science degree in Public Administration in 1986, both from Shippensburg University. 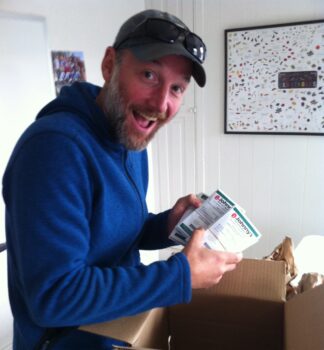 Jonathan is dedicated to educating people about the intersection of farming and ecology, to growing tomorrow’s farmers, and to building community resilience in uncertain times. Jonathan is a wild foods enthusiast and educator, former owner and operator of Sterling Farm, and has been active in the local farming community for the past ten years.

Jonathan has been involved at the Horn Farm since 2008 when he volunteered on the committee that conceived and created the Incubator Farm Project. Jonathan received his Permaculture Design Certification in 2011 from Susquehanna Permaculture and in 2014 completed his Permaculture Teacher Training through Dynamic Ecological Design. 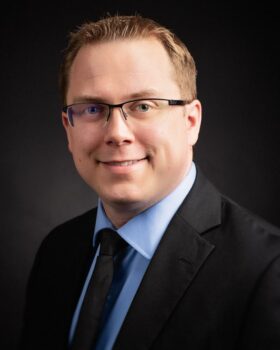 Michael has had a lifelong interest in organic gardening and experimenting with different growing methods. Since his summer working on an organic farm outside of Pittsburgh, Pa Michael has worked hard to garden organically and broaden his understanding of how we interact with the world around us.

While pursuing his undergraduate degree in International Studies at Washington and Jefferson College Michael had the opportunity to spend a year in rural Japan where an entirely different way of living with the land allowed him to learn about how ancient and modern cultures lived side by side in rural communities. Throughout his travels he has always taken time to learn about the rural communities and farming methods that locals use to adapt to their surroundings. Recently he has begun to experiment with breeding his own Dwarf Tomatoes to fit into his small garden and always trialing new varieties of fruits and vegetables.

Michael serves a the Operations Manager at Mauell Corporation. 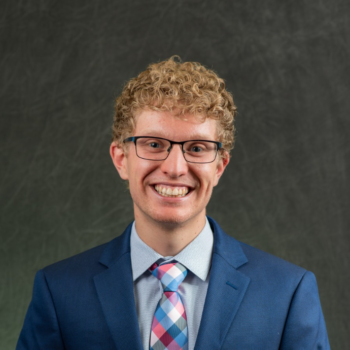 Nathan was raised in York, Pennsylvania. For as long as he can remember, his parents and grandparents have kept and tended to family gardens. As an avid lover of tomatoes and being outdoors in general, Nathan would often find himself in the garden tending to the tomatoes and other various fruits and vegetables and, of course, providing quality control.

After graduating from York Suburban High School, Nathan attended Messiah College where he earned his Bachelor’s Degree in Civil Engineering. Since then, he has been working at C.S. Davidson, Inc. as a civil engineer on various types of projects including: stream restoration, land development, stormwater management, and wastewater treatment. He is a graduate of Leadership York and is passionate about his local community.

Nathan has always had a drive to make the world a better place and believes that everyone should have access to healthy food options and that the production of food should be both beneficial to the recipient and the soil that it comes from. In his free time, Nathan likes to tend to his garden and house plants and spend time outdoors hiking, kayaking, and skiing. 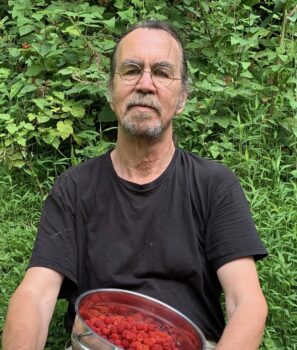 David Freiberg – Nominating Committee Chairperson
David Freiberg’s lifelong interest in agriculture started in his early childhood years growing up playing and learning at his grandparent’s farm in Chester County. This interest was nurtured during adolescence as he worked in his parent’s garden and orchard.

David received his BA in Business Administration from Bowling Green University in 1976 and subsequently a MPIA in Public and International Affairs from the University of Pittsburgh in 1978. During these college years David’s interest in environmental issues and food policies, especially in developing countries, continued to grow. After leaving Pittsburgh, David started his own business related to his other great interest: history. His agricultural enthusiasm persisted and he completed a one year course in biodynamics at the Sunbridge Institute in New York in 1999. He went on to receive an associate degree of biodynamic at Emerson College in Forest Row, UK in 2004.

He has a small homestead where he has been able to practice biodynamics during the past 25 years. He has grown a variety of fruits and vegetables and raised various livestock including a Jersey cow, sheep and chickens. David’s other passions include travel, gastronomy, history, beekeeping, hiking, and his family. 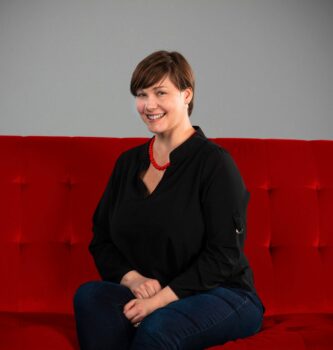 Lauren Hayman is an avid home gardener who lives in Dover with her husband Ryan, their children, and their dog. Lauren loves to share native plants, veggies, and gardening projects with friends and neighbors. In the summertime, you can catch her in the garden with her kiddos looking for caterpillars and eating sweet peppers and green beans.

At work, Lauren is a freelance copy writer and editor. She often works with the family business, Hayman Studio, to write video scripts and marketing material for local businesses. Her favorite work transforms complex processes and ideas into accessible language that empowers those who read it. 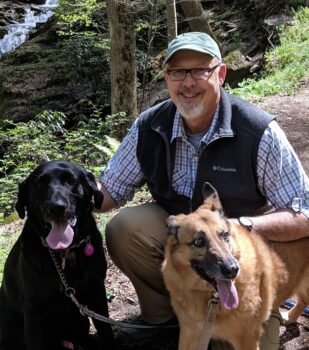 Born and raised in Wrightsville and Hellam, Ed began his career studying anthropology at Franklin & Marshall College and the University of Michigan and working as a Regional Archaeologist for the Pennsylvania Historical and Museum Commission. After returning to graduate school for a Ph.D. in Social Systems Sciences from the University of Pennsylvania, he became a faculty member at SUNY Buffalo, where he taught courses in systems thinking and research methods to urban planning students. He has also worked at the Pew Charitable Trusts, where he helped establish that organization’s Planning and Evaluation department, and at 10,000 Friends of Pennsylvania, where he served as Vice President of Research and Interim President. For most of the past 25 years, he has worked as an independent consultant, conducting program evaluation and applied research for foundations, non-profits, and academic institutions. His consulting assignments have spanned such fields as environmental conservation, land use planning, sustainable agriculture, smart growth, planetary health, and transdisciplinary science. The common thread uniting all of his work has been a focus on interactions between people and their natural and built environments.

With deep family roots in south-central Pennsylvania, Ed is passionate about promoting healthy environments and vibrant communities in this unique region. He was a leader in early efforts to protect the Horn Farm as part of a larger movement to conserve farmland and promote sound land use in Hellam Township. 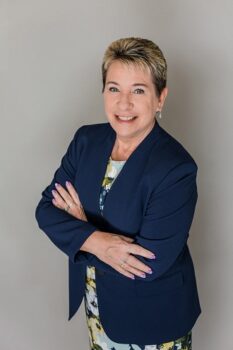 Stephanie was born and raised in York County. She grew up in Stonybrook and is a graduate of Central High School. In 1985 she started her career in banking, working with Hamilton Bank and later First Union. Stephanie has been with Fulton Bank since 2001, where she currently serves as the Financial Center Manager.

An avid gardener and homesteader, Stephanie is passionate about local, organic food. She first became involved with the Horn Farm Center in 2014 as a volunteer, helping with outreach events and renovations to the Summer Kitchen. As a graduate of the 2019 class of Leadership York, Stephanie brings her financial background, organization, and attention to detail to the Horn Farm Center board of directors.

She lives in Lower Windsor with her husband and two dogs. Each year she grows a wide variety of peppers and tomatoes. She has grown over 14 different varieties of hot peppers, which she uses to make interesting pepper spice blends. In addition to her interests in gardening, Stephanie was a longtime volunteer with the York SPCA. 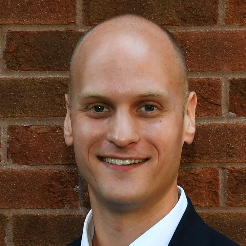 Some of Aaron’s fondest memories as a child were going barefoot through his family’s garden to pick fresh fruit for breakfast, or fresh vegetables and herbs for dinner. When not working, he now spends time with his own wife and kids in the garden, where he has grown dozens of varieties of produce. He and his family can also be found biking and hiking on local trails, and kayaking in the waterways. That passion for the outdoors, combined with a mantra of leaving things better than he found them, lead Aaron to the Horn Farm.

Born and raised in York, Aaron is a graduate of York Suburban High School. After completing his BA in Business Administration at Millersville University, he entered the financial services industry, and today, he is a Financial Advisor with RBC Wealth Management. He lives in York with his wife and three sons. His other hobbies include working with his hands, exploring the latest technology, and reading a good book. 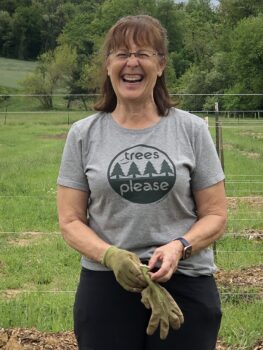 Cindy Pizziketti grew up on a pony farm in Chester County and moved to York around twenty years ago. Cindy earned her BSN at Jefferson University, and spent fifteen years as a nurse in pediatrics at The Bryn Mawr Hospital. Always dedicated to lifelong learning, her love of the land and drive to protect it led to her becoming a Master Watershed Steward with the Penn State Cooperative Extension. In 2021 she was awarded the Watershed Stewardship Award from the York County Conservation District and was the Lower Susquehanna Riverkeeper Volunteer of the year.

Cindy is currently helping Horn Farm to transition several acres of farmland into a multi-functional riparian buffer. She has planted 100’s of trees and is leading a corp of Riparian Rangers that will steward these new trees into a forest. Educating children has been her favorite part of her 1000 hours of work as a Master Watershed Steward because they are curious and open to new things. She recently installed a pair of rain gardens at her home in Springettsbury, where she lives with her husband Rob and their beloved pit bull terrier, Nora.