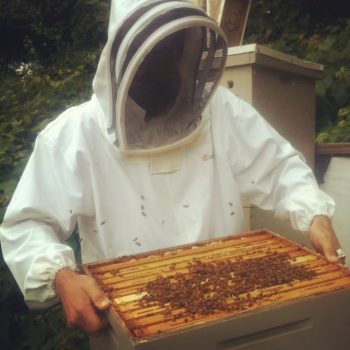 Our beekeeper program participants work under the supervision of our beekeeper, Mark Gingrich of Gingrich Apiaries. Over the course of two years, participants will learn all aspects of keeping bees. At the end of year one, each participant has the option of receiving a bee colony to be moved to his/her home property. During the second year, participants will benefit from repetition of some aspects of the program, learn more advanced techniques and troubleshooting while managing their own hive at home. 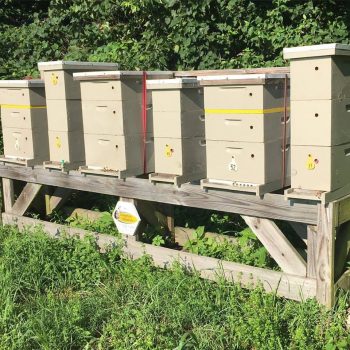 What is regenerative agriculture? In week seven of this 12 part series, we’ll consider this indicator of an ecologically healthy farm system: increasing crop and animal diversity. Diversity of natural ecosystems is often missing from agricultural systems. Biodiversity refers to the variety of plants, animals, and microorganisms above and below the soil. When the activities of plants and animals are interwoven within a landscape, these systems are typically more stable, withstanding disturbances and recovering better than less diverse systems. Organic cropping systems promote a diverse, balanced ecosystem as a practice to enrich the soil and prevent weed, insect pest and disease problems. Crop diversity, crop rotations, intercropping, cover cropping, minimized tillage, and the incorporation of organic matter are all important components of farm biodiversity. Ensuring adequate habitat for beneficial insects and animals is also important.

Another aspect of crop and animal diversity has to do with genetic diversity. The Food and Agriculture Organization of the United Nations reports the following.

All major food crops, the staple crops grown and consumed by the vast majority of the world’s population, have their origins in the tropics and subtropics of Asia, Africa and Latin America. Over the years, farmers selected and domesticated all major food crops on which humankind depends today. Wheat and barley originated in the Near East, for example. Soybeans and rice came from China. Sorghum, yams and coffee came from Africa. Potatoes and tomatoes originated in the Andes of South America, and maize in South and Central America.

Crop genetic diversity is still concentrated mainly in regions known as “centres of diversity”, and located in the developing world. Farmers in these areas, who still practice traditional agriculture, cultivate local varieties known as “land races” that have been selected over many generations. Closely related species that survive in the wild are known as “wild relatives” of crops. Together, land races and their wild relatives are the richest repositories of crop genetic diversity.

FAO estimates that since the beginning of this century about 75 percent of the genetic diversity of agricultural crops has been lost. We are becoming increasingly dependent on fewer and fewer crop varieties and, as a result, a rapidly diminishing gene pool. The primary reason is that commercial, uniform varieties are replacing traditional ones—even, and most threateningly, in the centres of diversity. When farmers abandon native land races to plant new varieties, the traditional ones die out.

Centuries of human and natural selection have resulted in thousands of genetically diverse breeds of domestic animals adapted to a wide range of environmental conditions and human needs. Some are resistant to parasites or disease, for example, while others are adapted to humidity or drought or extremes of heat and cold. Animal genetic diversity, represented by this wide range of breeds, is essential to sustain the productivity of agriculture.

When we purchase, collect, or save seed, we are aware of the importance of genetic diversity as well as the value of locally adapted varieties of plants. As weather patterns change and temperatures rise, we will select some tree species that will thrive in a warmer climate. It’s an interesting time to be alive! 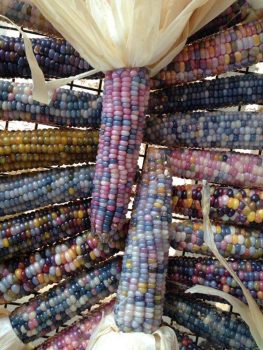 The list of classes for 2018 is getting shorter as the season winds down, but we are hard at work planning new and exciting things for 2019! If you have an idea for a class or workshop you’d like to offer or one you’d like to take, let’s talk!